FNP chooses a Frisian approach for a better future

FNP chooses a Frisian approach for a better future

De community, the landscape and being able to live pleasantly. These subjects form the core of the FNP-election manifesto ‘Sa dogge wy dat hjir’ (transl. ‘that is how we do it here’) for the 2023 election of the Frisian Parliament. The party wants to build on the success at the local elections of 2022, when 49 councillors were elected. Because of all sorts of national scandals there is more than ever a need for an outspoken regional voice, according to FNP.

De open space and the landscape are Fryslân's gold. That is why in our province there is no actual need for a Lelylijn-railway line combined with housing construction on a large scale. On the other hand, however, to maintain liveable villages and towns it is important that some houses can be built. Always in tune with the location, according to scale and character. FNP remains very critical about (holiday)home construction in the open landscape.

Community
Because of FNP's effort, millions were invested in local community centres and in many great other initiatives that originated from the community. The party wants to follow up on this successful policy. With the focus on chances for young people and starters on the housing market. For them the countryside must be attractive to stay or to move to. A special regional minister for youth will have the task of working this out in more detail.

Sport is also important in this context. FNP wants that all young children will have the chance to exercise sports for free for a duration of one year. The funds that are currently put into attracting expensive cycling races can better be invested in the Frisian sports and in infrastructure.

FNP also wants to create a pool of (retired) craftsmen, care workers and professionals in the hospitality sector. Such a pool can eliminate shortages. With an app demand and supply can be brought together.

The members decide
On 8 October, the members of FNP have the chance to propose amendments to the text of the draft election manifesto, which subsequently will be adopted by the FNP Assembly. 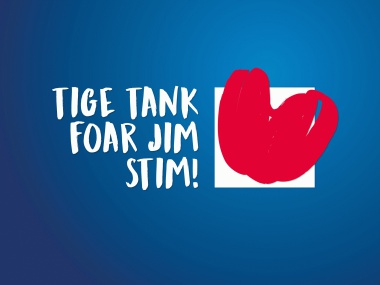